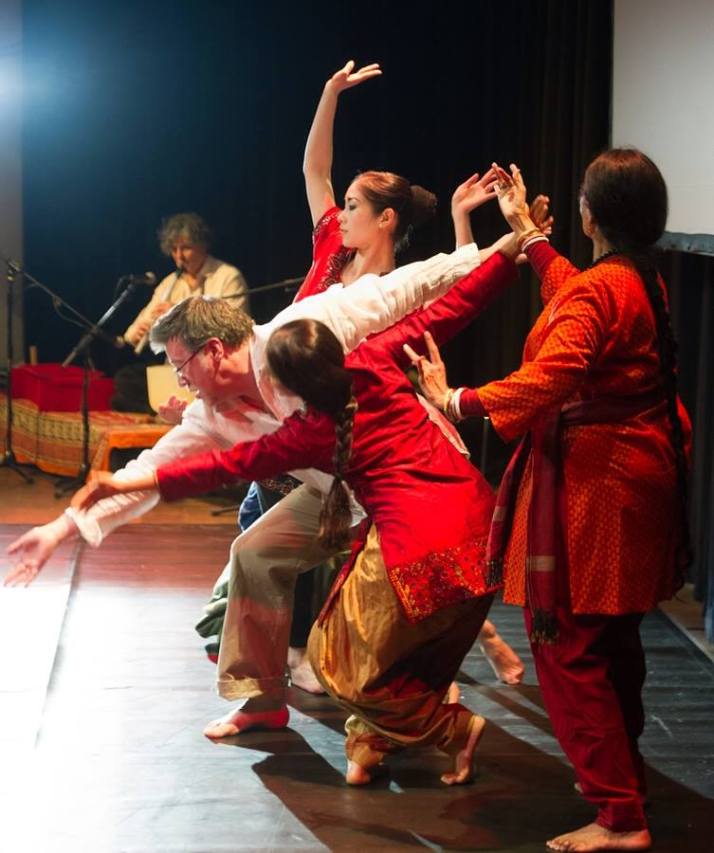 Chris’s lifelong adventure into rhythm began with him exploring the percussion music of Africa with Ghanaian Master Drummer, Kwasi Asare. Next came exploration of the rhythms of Brazil with Inner Sense Percussion, Olodum and Dudu Tuchi.

Chris went on to study Indian Tabla drumming at Manchester Sangeet Academy with Kalu and Aziz Zeria, where he was drawn to the form, grace and spirituality of Indian Dance. He became the accompanying musician for Bharata Natyam dancer/choreographer Shobna Gulati, and they toured together giving dance workshops for The Shobana Jeyasingh Dance Company.

Chris soon made connections with other classical Indian dancers and has composed music for and performed with: 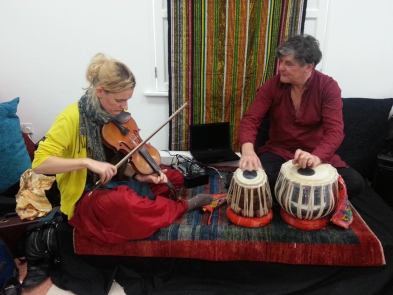 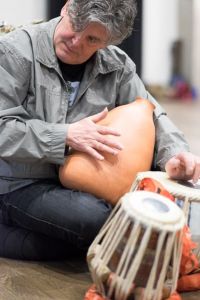 Chris has had a long and inspiring journey with visionary and creative Indian dancer Bisakha Sarker. Together they have explored music and movement from pure dance to its therapeutic benefits for health and wellbeing. Sharing with all ages from nurseries to nursing homes, in places from planetariums to gardens and theatres to temples, and for people living with disability and dementia, they create work that is both groundbreaking and heartfelt.

“Chris Davies is a musician of many talents. He expertly plays a wide range of instruments, from more conventional instruments including saxophone, flute and tabla, to bespoke children’s musical toys. He masters these instruments to create amazing music that can transcend many barriers to reach the hearts and souls of all kinds of people.

In my long association with him I have been fortunate enough to witness his ability to captivate audiences, from small babies in hospital and teenagers in a children’s hospice, to theatre audiences for dance productions. Whatever the setting he employs the same integrity and unfailing love and faith in music to create something truly uplifting and memorable.

He has accompanied me at varied and on numerous occasions up and down the country and composed music for productions such as:

We are currently working together with artist/musician Ansuman Biswas on an installation at the Bluecoat Gallery, Liverpool.”  Bisakha Sarker – Director of Chaturangan Dance Company